Activities on the Isle of Wight

There is a wide range of fantastic activities on the Isle of Wight, covering just about anything you can think of.
(more)

Area of Outstanding Natural Beauty on the Isle of Wight

Approximately half the Isle of Wight is an Area of Outstanding Natural Beauty. It is represented by a diversity of landscapes and helps to attract tourists to the Island.
(more)

There is a massive choice of excellent cottages on the Isle of Wight. It is no surprise that many visitors opt for this type of self catering holiday.
(more)

Osborne House is open to the public as one of the main visitor attractions on the Isle of Wight.
(more)

Public Transport on the Isle of Wight

The Isle of Wight is well served by the public transport system, which includes an excellent network of buses and trains.
(more)

Walking on The Isle of Wight 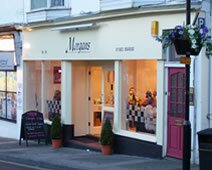 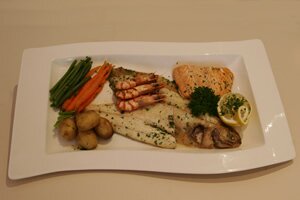 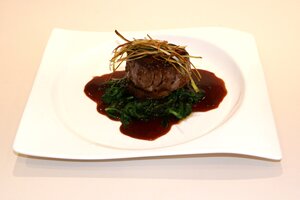 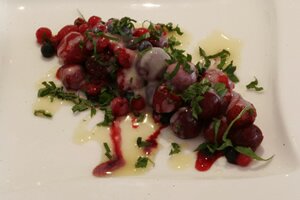 We are proud to welcome you to Morgans of Shanklin, with its relaxed, spacious atmosphere, contemporary modern feel and excellent quality food and service.

Opened in April 2006, we offer a selection of mouth-watering dishes, sourcing ingredients locally from the best of Isle of Wight produce -including island fishermen and farmers - to ensure optimum freshness and quality. We are also fully licensed and carry an extensive range of fine wines and champagnes.

Tim Morgan - Executive Chef/Owner
Tim was born and brought up on the Isle of Wight, and began his trade with a two year course at the Isle of Wight college. He then chose to learn his trade hands-on in a local public house, before taking a position as a Commis Chef at the Chequers Inn, Rookley, which had already won various awards. Within the course of four years, he worked his way up through the ranks to become Head Chef. Following this, London beckoned as a way of gaining more experience. During his two years in the Capital, he worked with Marco Pierre-White at the Mirabelle, and then moved to the famous Ivy and J Sheekys  which won Best Fish Restaurant of Great Britain. Morgans Restaurant is his chance to bring all of his experience and finesse back to his home turf.

Simon Ayres - Head Chef
Simon is also an islander. Moving away from the area to work for the Holiday Inn group around London, his job progression after that was to do three years as a chef on the world famous QE2. Wanting to move back to his roots on the island, he then was offered a position at the Seaview Hotel  a 2 Rosette Restaurant  where he worked for three years prior to moving to his present role as Head Chef, here at Morgans Restaurant.

We hope you enjoy the Morgans experience.