Famous People on the Isle of Wight

Gardener of many TV gardening shows (including ´Gardener´s World´ & ´Ground Force´) and novelist, has an apartment in Cowes. He is a former Isle of Wight High Sheriff.

The single-handed round the world record breaking yachtswoman, born in Derbyshire is now based in Cowes.

MICHAEL SHEARD
Famous as Mr Bronson in ´Grange Hill´ TV Programme and role in Star Wars Films lived in Ryde. He died in 2005.

CELIA IMRIE
Actress who has been in ´Absolutely Fabulous´, ´Dinnerladies´, ´Now That You´ve Gone´ and many other TV shows, lives in Cowes.

KENNETH KENDALL
The ex BBC newsreader born in India, now lives in Cowes and owns an art shop there.

JACK DOUGLAS
Famous for starring in many ´Carry On´ films, Jack lived in Shanklin and died aged 81 in December 2008.

BILL PERTWEE
Bill, famous for playing the fire warden in ´Dad´s Army´ lived in Totland next door to Shaw Taylor.

JET HARRIS
Formerly of the Shadows, Jet lived in Bembridge and died in 2011.

RAYMOND ALLEN
Attended Ryde Secondary Modern School where he was a keen member of the Drama Club. He later wrote the hit television comedy, ´Some Mothers Do ´Ave ´Em´. 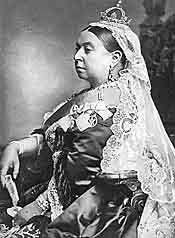 Victoria bought Osborne House from the Blachford family in 1845 and she and Prince Albert moved in, in 1846. The house proved to be too small and Albert set about re-designing and rebuilding it in partnership with Thomas Cubitt, the builder.

PRINCESS BEATRICE
Born in 1857 by which time family visits to Osborne were part of the established routine. Beatrice, the youngest of Victoria & Albert´s nine children, became her mother´s companion. In 1885 she married Prince Henry of Battenburg at Whippingham Church. Henry was made Governor of the I.W. in 1889 and on his death in 1896, Beatrice was granted the position, which she retained until her own death in 1944. 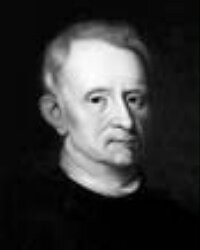 He was the son of John Hooke, the curate of All Saints, Freshwater. He was born there in 1635. His father died in 1643 and Robert went to London to be apprenticed to Peter Lely, the portrait painter. He did not remain long but went to Westminster School and later to Oxford as a chorister. Here he became interested in science and inventor the balance spring for watches. He died in 1703.

KING CHARLES I
The King was held prisoner in Carisbrooke Castle for a year. He escaped to the Island in November 1647 where he thought he would be safe but the Governor, Colonel Hammond was a parliamentarian and put him in prison. Despite two escape attempts he remained there until September 1648, when he was removed to Newport, then to Hurst Castle in November and finally to Windsor. He was executed on January 30th 1649.

JOHN NASH
Nash was an architect and had been visiting the Isle of Wight since 1793. In 1798 he bought land in East Cowes and built a country retreat - East Cowes Castle (demolished in the 1960´s) where he occasionally entertained Joseph Turner. He retired here in 1834 and died in May 1835. He is buried in St. James´ Church, East Cowes. 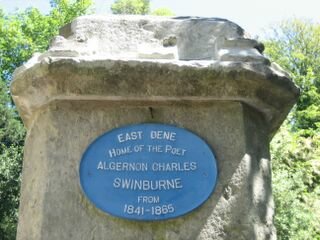 Born in London in 1837, his family moved to Bonchurch shortly after. At fist East Dene was rented but Captain Swinburne bought it in 1841. He was educated at Eton & Oxford but returned to the Island in 1863. He spent much time at Northcourt, the home of his cousin, Mary Gordon (later Mrs. Disney Leith). East Dene was sold in 1865 but Swinburne was buried at Bonchurch in 1909.

ALFRED LORD TENNYSON
Tennyson first rented Farringford in 1853 and bought the house in 1858. In later years he was harassed by sightseers and in 1869 decided to move to Haselmere. However he still spent the winter months here. His last stay was in June 1892 and he died the following October. The downs above Freshwater bear his name.

THOMAS LETTS
He did not invent diaries but probably improved them out of all recognition. He was born in 1803 in London but moved to the Island some time before 1859. He bought a house called Sea View at Chale and lived there until his death. He was buried at Norwood Cemetery. In 1864 he erected a small temple to commemorate the tercentenary of Shakespeare´s birth.

SIR JOHN HENRY CORKE
Born at 20 Cross Street, West Cowes on 12th February, 1850. He went on to become four times mayor of Portsmouth (1912 to 1915) and was Knighted by King George V in 1916 for his war work. He was also made a Chevalier of the Legion of Honour by French President Poincare in 1913.

JULIA MARGARET CAMERON
The photographer moved to the Isle of Wight in 1860 when she bought Dimbola in Freshwater. She was given her first camera three years later and shortly afterwards began to win international awards, and to hold exhibitions. She left the Island in 1875 to return to Ceylon where her husband owned coffee plantations. She died there in 1879.

PROFESSOR JOHN MILNE
He spent nearly 20 years in Japan studying seismology - a science which he virtually founded in its modern form. Born in Liverpool in 1850 he retired from Japan to Shile Hill House in 1895. He built an observatory there and many visitors and students came to his house. He died in 1913 and is buried in St. Paul´s, Barton.

GUGLIELMO MARCONI
Marconi was born in 1874 and moved to England in 1896 after the Italian post office refused to test his new wireless equipment. His mother was a Jameson of whisky fame. He wanted to promote his work on the wireless telegraphy and England was the obvious place. In 1897 he chose Alum Bay as one of the sites for his experiment. He erected a 40 metre mast outside the Needles Hotel from where he transmitted to the Haven Hotel in Poole nearly 20 miles away. Experiments were carried out for about a year, including one involving a link-up between the Prince of Wales, on the Royal Yacht Osborne and Queen Victoria at Osborne House. Marconi then transferred his attention to cross-channel links. He experimented from Knowles Farm, Niton where there is a stone cut with the following inscription - ´This is to commemorate that Marconi set up a wireless experimental station here in A.D. 1900´. While in Niton he stayed at the Royal Sandrock Hotel.

UFFA FOX
Born at East Cowes in 1898, he spent almost his entire life on the Island, although he actually died at the home of friends in Worcestershire. He was a notable local ´character´ who included royalty amongst his friends. He designed and built many famous boats - one of the more recent being the Britannia in which John Fairfax crossed the Atlantic single-handed (the boat was built by the local firm Lallows in Cowes).

BARNES WALLIS
The inventor of the bouncing bomb amongst other things, was born in Derbyshire in 1887. He began his apprenticeship as an engineer with the Thames Engineering Company, but in 1908 he transferred his indentures to J. Samuel White at Cowes. He left in 1913 when he was offered a job at Vickers as Chief Assistant designing airships. He died in Leatherhead in 1979.

EARL MOUNTBATTEN OF BURMA
Born Prince Louis of Battenburg in 1900, he was the fourth child and second son of Prince Louis.