Below is a list of the main Isle of Wight events for 2012. Whatever your interests, there is always plenty of things to do for all ages, including music festivals, carnivals, sailing regattas and beer festivals. The Isle of Wight is not just a holiday destination for the spring and summer, try a visit in the autumn and winter too - you will not be disappointed. Every year, the events on the Island get better and better and bigger and bigger, so read on to find out what fantastic Isle of Wight events are scheduled for 2012. 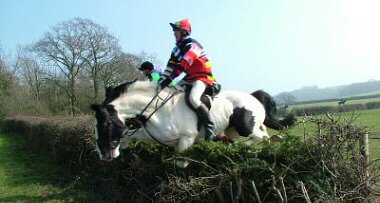 The Isle of Wight Grand National and Ashey Scurry is a series of amateur horse races over cross country, post and rail and natural hedges. The event takes place at West Ashey Farm, near Ryde. The course can be reached by car or by steam train from Havenstreet Station. A great family day out . Visit www.iw-scurry.co.uk for details.

Now in its 12th year, the Suzuki sponsored powerboat & RIB show will once again be returning to Cowes Yacht Haven. The show traditionally features over 80 boats afloat in the event marina ready for public sea trial, plus a whole tented village of special exhibits, food outlets and interactive displays. Website: www.ribexhibitions.co.uk

The Isle of Wight Walking Festival has been held on the Island every May since 1999 and is the largest walking festival in the UK. It is an extremely popular event and attracts huge numbers from all over the world. The festival offers numerous guided walks that cater for all ages and abilities. Included in the festival is "Walk the Wight", a long distance sponsored walk, with proceeds going to the Earl Mountbatten Hospice. For full details of all walks, visit www.isleofwightwalkingfestival.co.uk

Sun 13 May
Walk The Wight 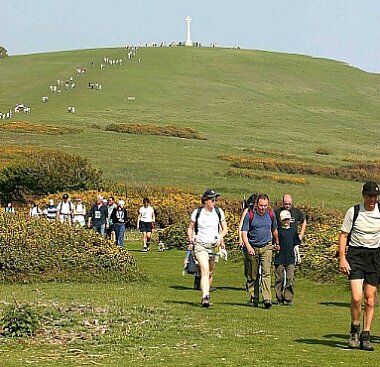 Part of the Isle of Wight Walking Festival is Walk The Wight - a sponsored walk to raise money for the Earl Mountbatten Hospice, which cares for terminally ill patients on the Island. This wonderful annual event gives participants of all ages a unique opportunity to walk across some of the Island’s most stunning countryside. The most famous part of Walk The Wight is the main route, which goes from Bembridge on the eastern corner of the Island, to Alum Bay on the western point. In addition to taking walkers through some of the most scenic footpaths on the Isle of Wight such as the Tennyson Trail, the walk also goes across private land, which is not open to walkers at any other time. To really enjoy Walk The Wight, you need to be fit enough to comfortably manage your chosen route, particularly if you have decided to tackle all or even half of the main walk, as it includes many hills. Even regular walkers might want to do a bit of training beforehand, as 13 or 26 miles is a long way over such varied terrain. For more information, visit www.isleofwightwalkingfestival.co.uk 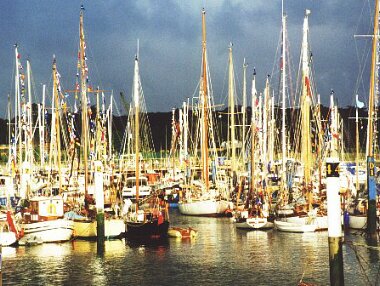 Three days of free entertainment, craft stalls, live music and much more. The Old Gaffers, so called because of the traditional gaff rig, travel from all over the country to participate in these wonderful festivities held in the ancient town of Yarmouth. The Old Gaffers is one of the most popular events on the Isle of Wight. Website: www.yarmoutholdgaffersfestival.co.uk

2012 sees the third Gatcombe and Chillerton Scarecrow Festival and there is hopefully going to be over 100 scarecrows on show in people's gardens and on Chillerton green etc. For full details visit: http://www.gallybagger.org.uk/ 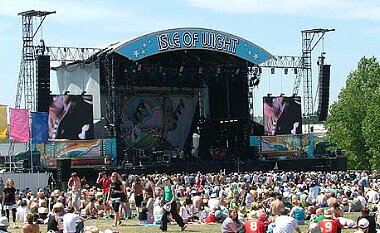 Sat 30 June
Round The Island Race 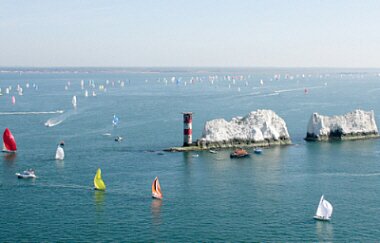 JPMorgan Asset Management Round The Island Race is the largest and most famous yachting race in the UK. The race starts and finishes at Cowes and covers a 50 mile course around the Isle of Wight. Some of the biggest names in the sailing world compete with weekend sailors and family crews in this annual yachting extravaganza. Website: www.roundtheisland.org.uk 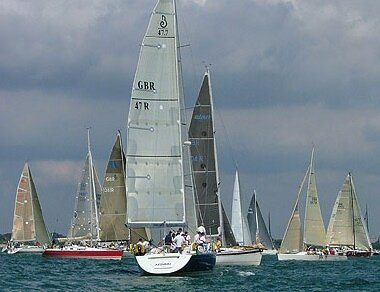 Cowes Week is probably the most well known of all Isle of Wight events, with around 1000 boats and 8500 competitors taking part in this world famous sailing regatta. With its exciting racing schedule and superb shore side activities, Cowes Week offers something for everyone. Cowes Week Website 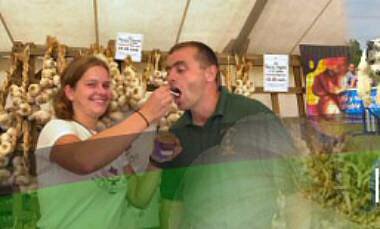 The Garlic Festival is held at Newchurch Showground, next to the Fighting Cocks pub at Arreton on the Newport to Sandown road. As well as the world famous Isle of Wight garlic, the very best of Island produce is also showcased, with over 300 stalls selling food and a diverse range of arts and crafts, plus live music. Website: www.garlic-festival.co.uk 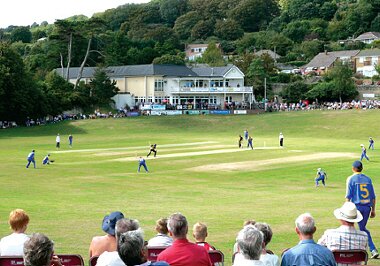 An action-packed and entertaining afternoon at Newclose County Cricket Ground is expected when Ventnor Cricket Club again take on the might of the cricketing superstars of the Lashings World XI - the world’s most famous club cricket team. Start of play is at 2.30pm. 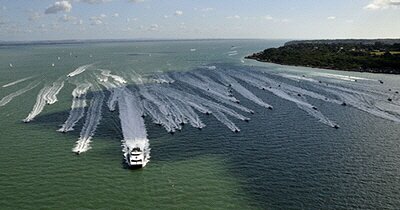 Fri 24 - Mon 27 August
Isle of Wight Scooter Rally
Held at Smallbrook Stadium in Ryde, this is widely recognised as the biggest scooter event in the world. A fun-packed weekend for the scooter enthusiast culminating with a round the Island ride-out, this is an event that just has to be attended by every self-respecting scooterist. For more information visit: www.vfmscoot.co.uk 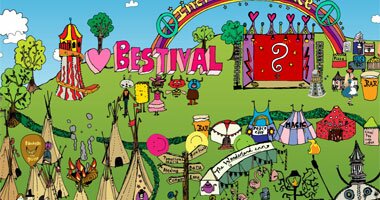 Sunday Best´s Bestival is held at Robin Hill Country Park on the outskirts of Newport and is regularly voted the "Best Medium Sized Festival" at the UK Music Festival Awards. There will be an abundance of top acts appearing this year including Stevie Wonder, New Order The xx, Sigur Rós, Friendly Fires, Soulwax, Justice, plus the cream of local Island talent. Website: www.bestival.net

Thu 6 - Sun 9 September
Little Britain Challenge Cup
The Little Britain Challenge Cup is the largest corporate yachting regatta in Europe, as well as the biggest UK gathering of senior figureheads from the construction and property industry. The regatta is held at Cowes and is one of the industry´s top social sporting events of the year. Website: www.littlebritain.co.uk

TBC
Isle of Wight International Charity Classic Car Show
This fantastic two-day event is now in its eleventh year and promises to be the biggest and best yet. Hundreds of British and foreign vintage, classic, custom, retro and “oddball” cars and motorcycles are expected to attend from all over the UK. All proceeds will go to the Earl Mountbatten Hospice. 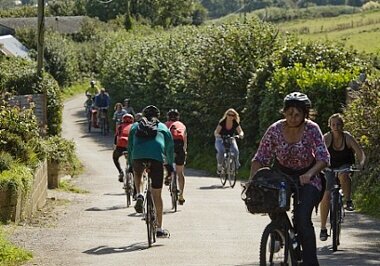 Every year the Island hosts the Isle of Wight Cycling Festival, which features several different cycling events for all abilities and disciplines. Races include an on-road 70 mile round the Island race known as Cycle the Wight and Sink or Swim, where home made pedal powered craft attempt to cross the River Medina! For the more resilient cyclist, the three, seven and 14 hills challenges known as "The Hills Killer" are a real test of stamina. For full details, visit: www.sunseaandcycling.com

Fri 26 - Mon 29 October
Autumn Walking Weekend
A great programme is available with over 60 walks to choose from. Come and enjoy the Island's breathtaking autumnal scenery and join in one of the guided walks, all led by knowledgeable and friendly walk leaders. Website: www.isleofwightwalkingfestival.co.uk 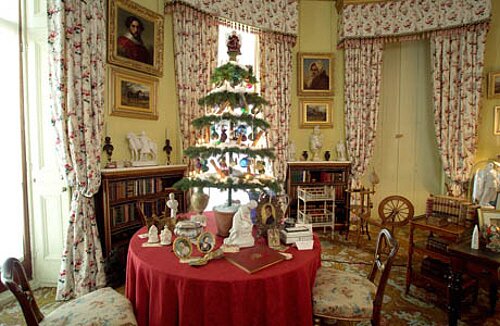 Step back in time and experience a traditional Victorian Christmas at Osborne House in East Cowes where you will see Queen Victoria´s holiday home dressed for the festive season. Delight at the Dickensian characters and enjoy carol singing and traditional entertainment. Booking is essential for groups. For prices and tickets call 0870 333 1183.