Isle of Wight tourism provides much needed income for the huge amount of varied accommodation providers on the Island, including the many hotels, b&bs, guest houses, campsites and self-catering businesses available to the tourist. Also here on the Isle of Wight there is an abundance of superb attractions which also rely on tourism to make ends meet. The term "Isle of Wight Tourism" conjures up images of sunny beaches, dramatic coastlines and glorious countryside. The great events that occur on the Island such as Cowes Week and the Isle of Wight Festival also bring in welcome revenue to this holiday destination. 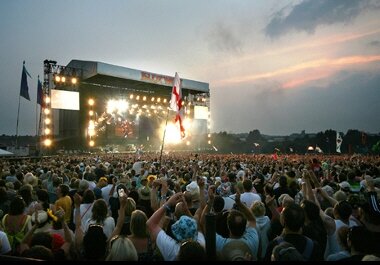 Isle of Wight tourism brings in an estimated £350 million plus per year, which is vital to the Island’s economy. With more people visiting each year, that figure can only rise. The Isle of Wight is the perfect place for a holiday as there are so many things to see and do and great days out to enjoy. Whatever your interests, you will be spoiled for choice and will find that one visit to this special place is never enough. Most people who visit this wonderful island find themselves coming back time and time again which is positive news for tourism on the Isle of Wight. 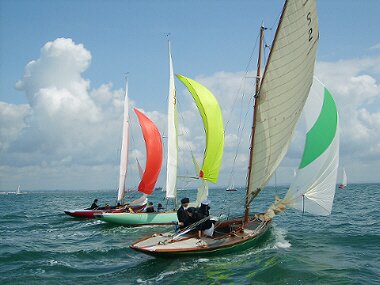 The Isle of Wight is the 2nd smallest of England’s counties (after Rutland), with the resident population being around 150,000. To the north lies the Solent and to the south is the English Channel. Known as "The Garden Isle", this jewel of England indeed resembles a diamond in shape, measuring 23 miles west to east and 13 miles north to south, an area of 147 square miles. The Island is one of the most popular holiday destinations in the UK, with around one million visitors each year. There is over 60 miles of coastline which ranges from award winning beaches to spectacular chalk cliffs. 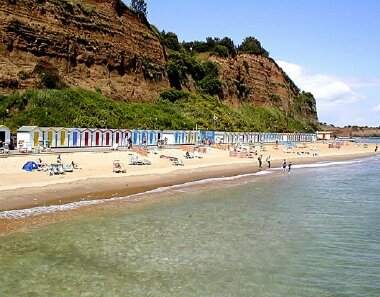 Walking on the Isle of Wight is a popular past-time and there are over 500 miles of public footpaths including dramatic coastal paths. The climate here is almost sub-tropical and Sandown, Shanklin and Ventnor are regularly at the top of the UK sunshine table. Over 50% of the Island has been designated an “Area of Outstanding Beauty” with about half of the coastline named as “Heritage Coast” - an honour only awarded to the finest stretches of coastline in the country. Red squirrels have a particular liking for the surroundings (mainly due to the lack of grey squirrels) and are widely prevalent on the Island, which is almost the final stronghold in the south of the country for these endangered creatures. 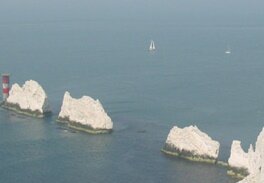 The most famous landmark here on the Isle of Wight is The Needles - a group of three jagged chalk rocks running out to sea at the extreme west of the island at Alum Bay, which is also renowned for its multi-coloured sand cliffs, which are caused by a mixture of minerals in the sand. There is a lighthouse here too, situated right on the edge of the outermost rock. It originally became popular here with tourists over 200 years ago when they used to visit by paddle steamer from the mainland. Another popular landmark is the Bembridge Windmill, the only existing windmill on the Island. It is located at the opposite end of the Island to The Needles, was built around 1700 and still has its original machinery intact. 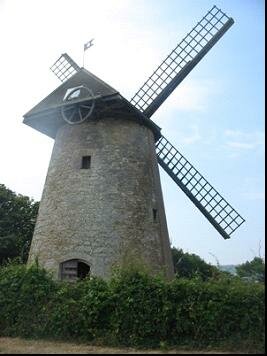