The Isle of Wight Space Programme

During the 1950s, Saunders-Roe (an Isle of Wight company based at East Cowes) gained an extensive knowledge of rocket engines. This experience and knowledge came from working with rocket engines and high speed aircraft structures for the SR-53. (The SR-53 was a high-speed jet and rocket-powered aircraft, the first of which flew in 1957). This set the seeds for the Isle of Wight Space Programme.

Black Knight
In July 1955, Saunders-Roe started work on building the Black Knight single-stage rocket. The rockets were built in Cowes on the Isle of Wight; tested at High Down, near The Needles; and launched at Woomera, Australia. The first Black Knight was launched into space on 7 September 1958. After the ninth launch, the remainder were built as two-stage rockets. In the end, 22 Black Knights were launched between 1958 and 1965, all of which were successful, making the British Space Programme the most efficient in the world. 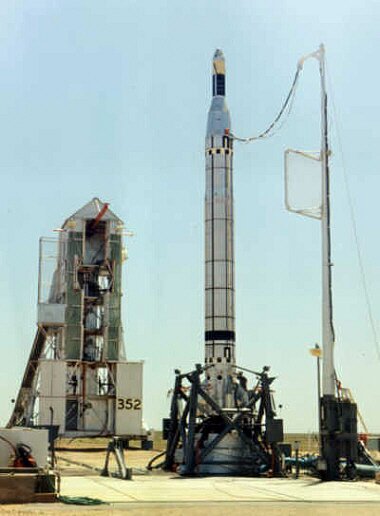 Black Arrow
At one point it was decided to develop a three-stage rocket codenamed Black Prince by converting the Blue Streak weapon delivery system into a satellite launcher using Black Knight technology, but it never happened. Instead, the Black Arrow three-stage rocket was developed in 1966. It was built at the site of J Samuel White´s old East Cowes shipyard (J Samuel White?s had gone into liquidation in 1965, ending over 250 years of continuous warship building on the Isle of Wight). The Black Arrows were also tested at High Down and launched at Woomera. Four Black Arrows were launched and on 28 October 1971, the Isle of Wight company put the Prospero satellite into a Polar orbit. Prospero was an all-British satellite, built by Marconi, launched from an all-British rocket, making the United Kingdom one of only five countries in the world to have launched their own satellite with their own technology - along with the USA, the former USSR, China and France.

The End of the Isle of Wight Space Programme
The British government had financed all of these launches. In 1971, it decided to stop all research into this extremely profitable business. This decision was made despite the fact that demand for satellite technology was on the verge of rapid expansion, especially within the realm of international telecommunications satellites. The last Black Arrow was never launched, but is currently an exhibit at the Science Museum in London. Britain, which had the most efficient space programme in the world, by virtue of the fact that it never had a single failure, ended its space programme just when it was becoming commercially successful.

In 1972, British Hovercraft Corporation (BHC) was contracted to build 12 AP135 Falstaff single-stage solid fuel rockets. The first was fired in 1974, and the last in 1978. Only six were launched, as the series had proved to be even more successful than anticipated. BHC managed to build the French Diamant B launchers, and attempted to secure work on the European Space Programme´s Ariane 5 satellite launcher project in conjunction with the British National Space Centre. The British government, however, decided to close the British National Space Centre and withdraw from the European Space Programme, which also meant the end of the Isle of Wight Space Programme. 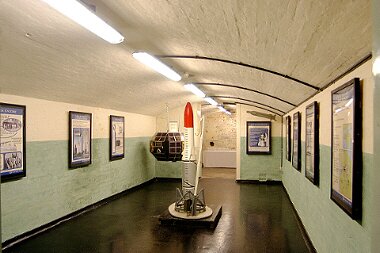 The rocket site is owned by the National Trust who have opened an exhibition about the part the Highdown site played in the space programme. The Times and Mail on Sunday have featured the exhibition in their newspapers. The exhibition is free to enter - contact The Needles Old Battery for opening times.