Isle of Wight museums are an outstanding assortment of wide-ranging historic collections located around the Island. They are so diverse that everyone, regardless of age will enjoy a visit to at least one of these excellent museums. Below is a selection of the main Isle of Wight museums, listed by location. 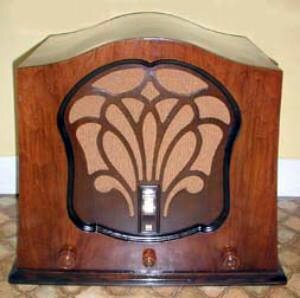 The museum houses a good collection of vintage wirelesses and radios. 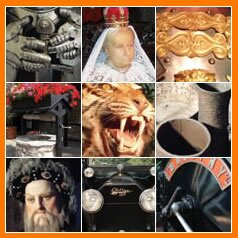 The original Isle of Wight Wax Works Museum and Animal World was founded by Graham Osborne-Smith and opened in 1965. Today it is still owned by an Islander who has developed this historical and wonderfully interesting attraction into more than just a Wax Works. It now has many exciting ongoing developments, and in particular the huge new extension - World of Wheels which opened in 2005. The site also boasts a unique and beautifully themed café serving homemade delights, a discount factory outlet store and a gift shop. This is one of the most popular of the Isle of Wight museums. 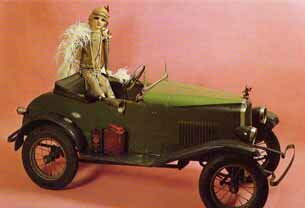 This cottage museum was established in Brading in 1974, and was formed from the private doll collection started by the Munday family in 1960.
It is acknowledged as being one of the finest and most important collections in Great Britain with over 2000 exhibits on display dating circa 2000 BC to approximately 1945 AD. There are examples of almost every seriously collectable doll together with a number of dolls houses, rocking horses, tin plate toys, trains, bears, soft toys, and many other unusual play things.

Brading Roman Villa is one of the finest Romano-British archaeological sites in the UK. The award-winning Exhibition and Visitor Centre offers a unique insight into Roman life in Britain, from the beautifully preserved mosaic floors to the extensive collection of Roman archaeology, including coins, pottery and tools. 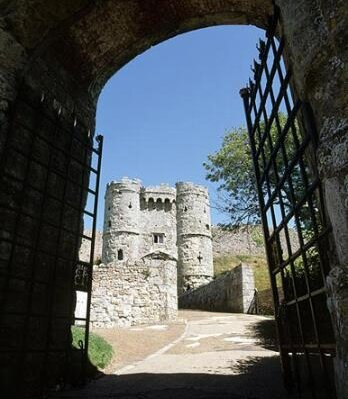 The wide range of items on display include archaeological material excavated from the castle, Tudor furniture, objects and documents associated with King Charles I´s imprisonment and material illustrating aspects of Island life such as farming, smuggling, tourism and domestic life. The exhibitions are housed in the great hall and in other rooms, including one used by King Charles as a bedroom.

Cowes Maritime Museum contains boats, paintings, and models depicting the maritime history of Cowes and the Isle of Wight. 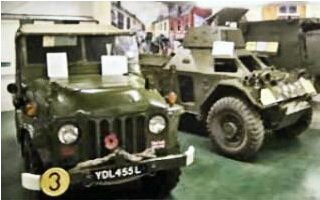 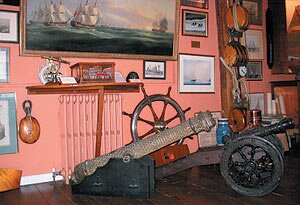 The Prospect was the Cowes home of Sir Max Aitken Bt DSO, DFC, a man well known in Cowes but with many other claims to fame. Born in Canada in 1910, Sir Max has been acknowledged by his achievements as the newspaper magnate, a fighter pilot in WWII, a Conservative MP, a racing yachtsman, a powerboat pioneer and the London Boat Show founder. The Prospect became well known as the place where he entertained many friends and in 1979 he created the Prospect Museum Trust with its unique collection of marine artefacts. He died in 1985 but this very personal museum is a lasting reminder of a very remarkable man. 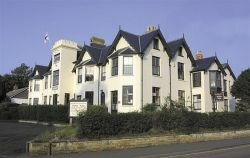 Dimbola Lodge was the home of pioneering Victorian female photographer, Julia Margaret Cameron. Dimbola Lodge served as both her home and, more importantly, her studio. It was here that the greatest of the Cameron photographs were made. From Dimbola Lodge Cameron photographed the cream of Victorian society. Tennyson, Darwin, Watts and Thackeray lived locally, and guests often included Lewis Carroll, Robert Browning, Holman Hunt, Palgrave, Edward Lear and the actress Ellen Terry. Dimbola is now owned and managed by The Julia Margaret Cameron Trust and has a permanent exhibition of her work.Dimbola Lodge is also home to a permanent display celebrating the 1970 Isle of Wight Pop Festival, as well as showcasing exhibitions from both local, national and international photographers throughout the year.

The Nostalgia Toy Museum features a large collection of toy cars and lorries by Dinky, Corgi, Matchbox, Triang and Hornby, as well as other popular toys from days gone by. A lovely trip down memory lane.

The Shell Museum houses a large collection of shells from local and tropical shores. Also on display are precious and semi precious stones and minerals from around the world, local fossils, dinosaur bones and crown jewel replicas. There is also an extensive gift shop featuring exciting jewellery, shells and minerals.

Designed by John Nash and built in 1816, the historic Guildhall is home to the Museum of Island History and Newport’s Tourist Information Centre. Discover the Island from pre-historic past to the present day. 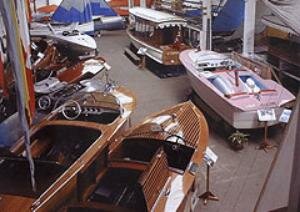 The Classic Boat Museum opened in 1996, and houses an exciting collection of sailing and power boats. The collection contains not only classic boats, but also tools, artefacts, books, photographs, film and archival items that relate to much of the history of boat building, sailing, yachting, cruising and racing over the last century, in the Solent and beyond. 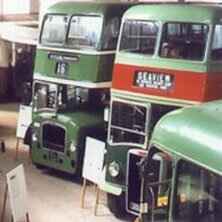 The museum is situated on Newport Quay, formerly used as a grain storage warehouse, but since 1997 has been the home to the Isle of Wight Bus & Coach Museum. An impressive collection of Island buses and coaches can be viewed here. There is also a Ryde Pier tram car dating back to the beginning of the last century.

The Villa was discovered in 1926 when an owner of a nearby house sank foundations for a garage. Subsequent excavations revealed extensive remains of a late Romano-British farmhouse built around 280 AD.

Sandown
Sandown is the premier seaside resort on the Isle ...