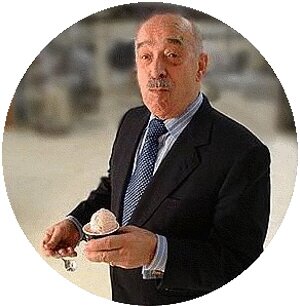 Minghella Ice Cream was founded in Ryde on the Isle of Wight in 1950 and is recognised around the globe for the quality of its famous ice creams and sorbets. Over the years, the family business has won countless awards, diplomas and medals at competition level for their outstanding products. Perhaps you´ve heard the name Minghella before and you´re wondering why it sounds familiar. Maybe you´re thinking of the late Anthony Minghella, the celebrated film director, writer and producer, who directed box office smashes such as The English Patient, Truly Madly Deeply, The Talented Mr Ripley, Cold Mountain and Breaking & Entering. Or, if you´re more of a TV addict than film buff, it could be Anthony´s younger brother Dominic you´re more familiar with, who is the writer of small-screen gems like Doc Martin and Robin Hood.

Minghella Ltd was established by Edward Minghella and his wife Gloria and their aim was to make the best ice cream in the world and Edward´s ambition was simple - he wanted to sell something he could be proud of and have a passion for. Right from when he started making ice cream, Edward refused to use artificial ingredients because of his ardent interest in health and nutrition. He also decided to use only milk and cream from the Isle of Wight as he reasoned, with less traffic, coupled with the natural barrier of the Solent offering some protection from pollution, the cows on the Island must be eating cleaner grass and therefore producing fresher milk. Unrefined brown sugar is also used and all the flavours come from the delicious natural ingredients themselves, as the philosophy is - the less done to the ingredients before they are included in the recipes, the purer the result. 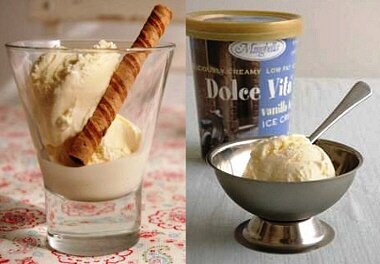 Originally, the only way to enjoy the superb ice creams was to wait for one of Edward´s small fleet of vans to pass by and every day there would be hordes of locals and holidaymakers waiting on street corners desperate to try his latest creation. Soon after, you could find Minghella Ice Cream all over the Isle of Wight and in more and more outlets in the south of England. In 1985, the company moved to its present location, a purpose-built factory in Wootton Bridge and today, Edward and Gloria are still running the company and have been joined by their daughter, Gioia. All three maintain a personal involvement in the daily management and manufacturing processes to ensure that their delicious ice creams will continue to delight the growing numbers of Minghella Ice Cream addicts........One lick and it´s love!

Extreme Sports on the Isle of Wight
There are many different varieties of extreme spor...